After several years, Framasoft has decided to stop the developments of its software Framaforms, which provides you the same name service. And to avoid any confusion between the software’s name and the service named Framaforms (which remains open, don’t worry), we have decided to give it a new name : Yakforms. Let’s see what motivated this decision.

Please note :
The original French version of this article has been published on this blog on May 25th, 2021

Framaforms, its life, its work

Officially released on October 5, 2016 as an alternative to Google Forms, Framaforms is an online service that allows internet users to simply create forms, by dragging and dropping elements (text fields, checkboxes, drop-down menu, etc.), to share them and analyze the answers.

Unlike most of the services presented in the De-google-ify internet campaign, Framaforms is based on a software developed by one of the association’s employees. Framasoft has always preferred to offer and promote existing free-libre softwares that have their own community, rather than developing homemade solutions that need to be maintained and developed, not to mention user support. But no satisfying software was found to provide an alternative to Google Forms : most of the existing free-libre softwares were not online services, or were pretty hard to use or too expensive.

Also, Pyg, the general director of Framasoft at the time, decided to develop a simple and user-friendly tool. Considering his technical skills, he chose a solution using Drupal (one of the most intalled free-libre Content Management Software – or CMS – in the world) and the Webform module (for creating forms). Feel free to read his interview published at the time where he talked about his choices.

Four years and a half later, Framaforms is one of the most used services of Framasoft. In 2020, framaforms.org represented more than 36 million page views (a 250 % increase compared to 2019). In the last twelve months (May 2020 to April 2021) alone, almost 100,000 forms were created on Framaforms where they collected over 2 million responses. Every week more than 1,000 of you create more than 3,000 forms. That’s really impressive !

Sometimes, we wonder why this service is so successfull ! Of course, we did our best to promote it. Of course, internet users are more and more aware of the need to change their digital practices to protect their privacy. Of course, we know that asking for sensitive information, such as gender identity or sexual orientation, via a Google Forms is less and less common and acceptable.

But it seems that the main reason why you use Framaforms is just because one day, you were asked to submit a form hosted on framaforms.org and therefore you discovered the tool. Form creators indirectly become self-prescribers of the service to their audience. Submitting to a form gives you an active experience of the tool and then allows you to become a creator more easily. That confirms that Framaforms is a tool with a future.

However, since its development in 2016, Framaforms is a tool that hasn’t much evolved. As you can notice on the software’s repository, the team has regularly updated Drupal and the modules used, improved performances (especially by switching to php7 and changing servers), fixed identified bugs but added very few features (some in 2017).

Besides, since 2016, Framasoft is the new editor of two softwares : PeerTube and Mobilizon. With Framadate and Framaforms, Framasoft finds itself managing 4 different softwares, not to mention all the existing projects to which our association contributes. And it’s a lot for a small not-for-profit like ours. We decided that our capacity to develop should be focused on PeerTube and Mobilizon, at the cost of the two other tools. 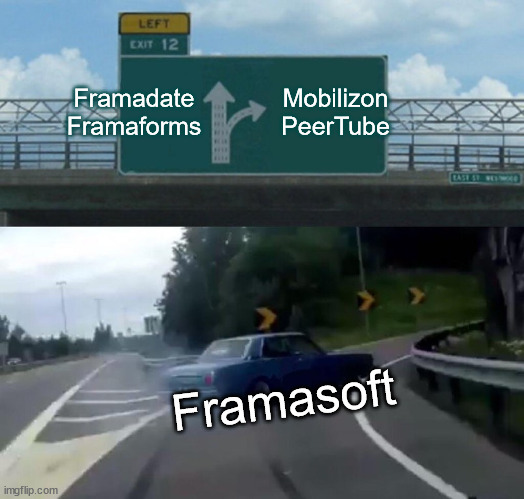 Finally, because of its technical bases, Framaforms software wasn’t suitable for installation by other hosting companies : the process was arduous. This explains why Framaforms didn’t become much of a « swarm », unlike other successful softwares currently supported by a large community. So far, very few instances are installed, which increases the pressure on the Framaforms service that has to take care of all users’ burden.

That’s one of the main reasons why we welcomed Théo as an intern from February to July 2020. His main missions were to : 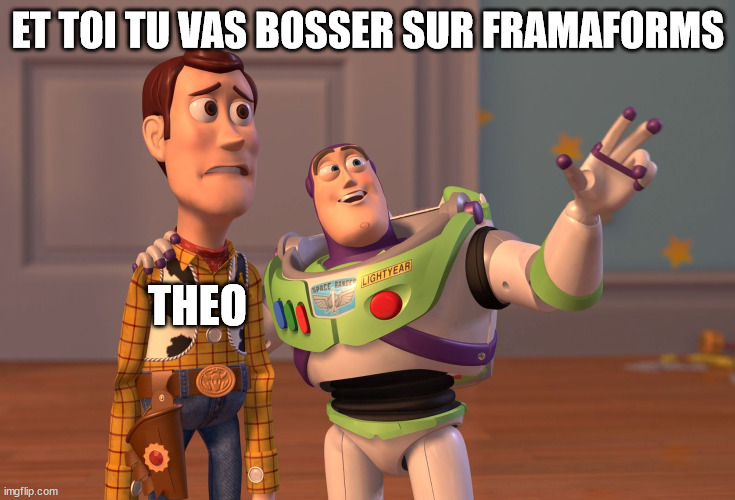 Théo worked very hard on new features. Among the most important ones :

Despite these improvements, Framasoft knows that, as long as the software has the same name than the associated service, people would always think that Framasoft is responsible for developing and maintaining the software.

Even though we don’t consider closing down the framaforms.org service, we don’t want to dedicate as much energy developing this tool. At least, we don’t want to be the only ones to do it, therefore we would like a development community to emerge who will take over Framaforms software to bring it new features.

The emergence of this community is needed to keep the software alive. Framaforms needs, at least, interventions on security flaws and functional bugs that may appear. And this software would also deserve new features, interface and ergonomy improvements, etc. 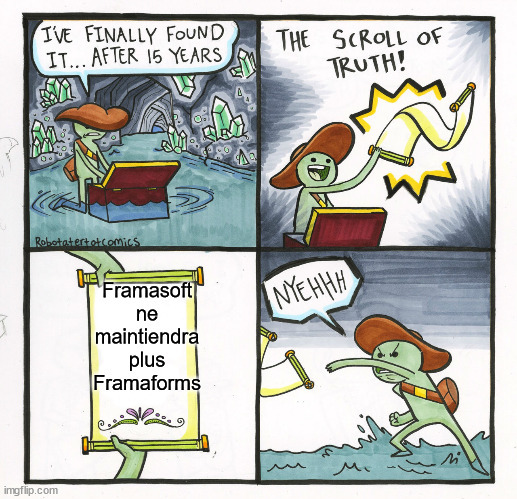 In order to prepare this community, we offered Théo to join the salaried team for a few months. His missions : to work on the internationalization (making the software translatable), to provide instances customization (allowing administrators to configure some elements such as the instance name, its formatting or its limitations) and to develop new features (limiting the number of answers per form and the number of forms per account). He also had to create a presentation website where everything about the software would be accessible, whether you are a simple user, an administrator or a developer.

The other important thing for us was to rename Framaforms to avoid any confusion with the framaforms.org service. After many brainstormings, we chose the name Yakforms to replace Framaforms. Why Yakforms ? Well… this choice is both a combination of bad puns and the desire to have a mascot. So why a yak ? The mystery remains, and we are committed to inventing a different answer every time we are asked. Because the only answer that matters, is the one given by the future development community created around this software (or that will copy it, « fork » it to give it a brand new direction, and a new name). 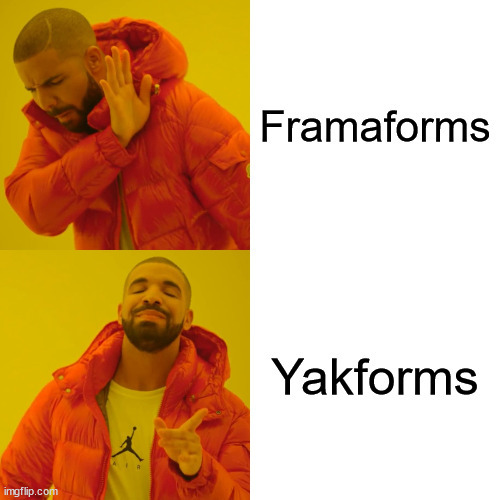 Théo also did his best to create a community around Yakforms. Therefore he thought a lot about different online spaces that would allow a community to exchange and pull together. He created a dedicated category on the Framacolibri forum and a website presenting the software : its main features, how to install an instance and how to contribute to its development.

We hope that many of you will browse through it to learn more about the main features, to find out how to install it or participate in its development. Because this software won’t evolve without you. Joining the Yakforms community means participating in the software development : improving its code, rethinking its ergonomics, translating its interfaces or documenting its use.

So get hold of Yakforms ! Install it, translate it, fork it, challenge it or offer feedback on the forum, etc. By releasing this project from Framasoft’s control, we hope that a diverse and strong community will take it further than we did. Yakforms is in your hands, and we look forward to seeing what you will do with it ! 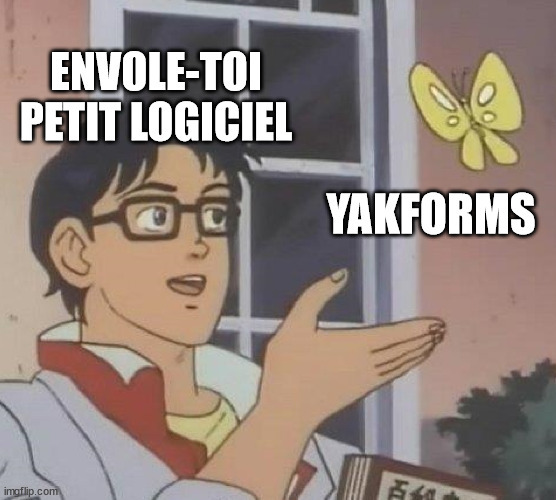 And a huge thanks to the #MemesTeam for their creativity !